We searched high and low for a good helmet for our shop. We discovered Kali Protectives, based in Morgan Hill, CA (also home to a very specialized bike company). It has all the attributes we were looking for: a) affordability, b) a visor for shade, c) and lateral impact protection. This review tells the story...

But rider safety is still paramount; it’s the reason we wear helmets. To that end, progressive helmet impact testing is getting more play as a marketable feature over style and vents. A year ago, Koroyd showed up at PressCamp, not to show off any product, but rather its helmet safety and testing technology.

This year, Morgan Hill, Calif.-based Kali Protectives takes on the big brands like Giro and Specialized with helmets that look great but have a big safety story. Company founder Brad Waldron wanted its safety testing to be centerpiece.

Kali partnered with the Imperial College of London to test impact effect and found the same thing that Koroyd and MIPS did, shear, non-direct impact has as devastating an effect on the brain as a direct hit. While expanded polystyrene (EPS) is good for direct impact, it offers nothing in the way of softening the blow to the brain to prevent rotational concussions. Kali then tested at Dynamic Research in Torrance, Calif. to study the effects themselves.

Kali wanted EPS to protect against the hit, but also something softer next to the head. It started a few years ago with a technology called LDL, a vinyl nitrile memory foam that was used to complement the EPS.

“Initially, it was a comfort feature, because it has a natural cushioning give,” Waldron said. Now, Kali features a material from a company called ArmourGel, which creates rubberized tabs that are located throughout the helmet. In the event of a non-direct, at-speed impact, the small circular nodules flex and bend, allowing the skull to rotate with less violent effect. The nodules lessen the effect of a hit when compared to a helmet without the product. Kali’s oblique impact testing with its Shiv downhill helmet showed a reduced chance of brain injury down from 60 percent to 10 percent.

The technology is top shelf, living in Kali’s $500 DOT-certified motorcycle helmets, in its $250 aero road helmet, the Tava, Tava and now in their newly-debuted entry level road helmet, the Therapy. (Kali has a mountain bike version called the Alchemy—same helmet, but with a visor) At $100, it’s a nice piece of mind, at a fair cost. “We don’t want this just for those that can spend on it,” Waldron said. “Our plan is that by 2019, all of our helmets, down to our $35 kids helmets, will feature it.” The Therapy will debut on store shelves this fall. 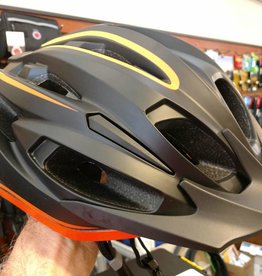 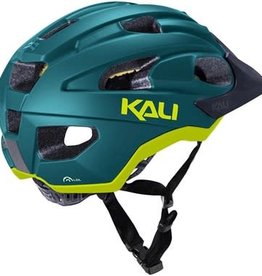